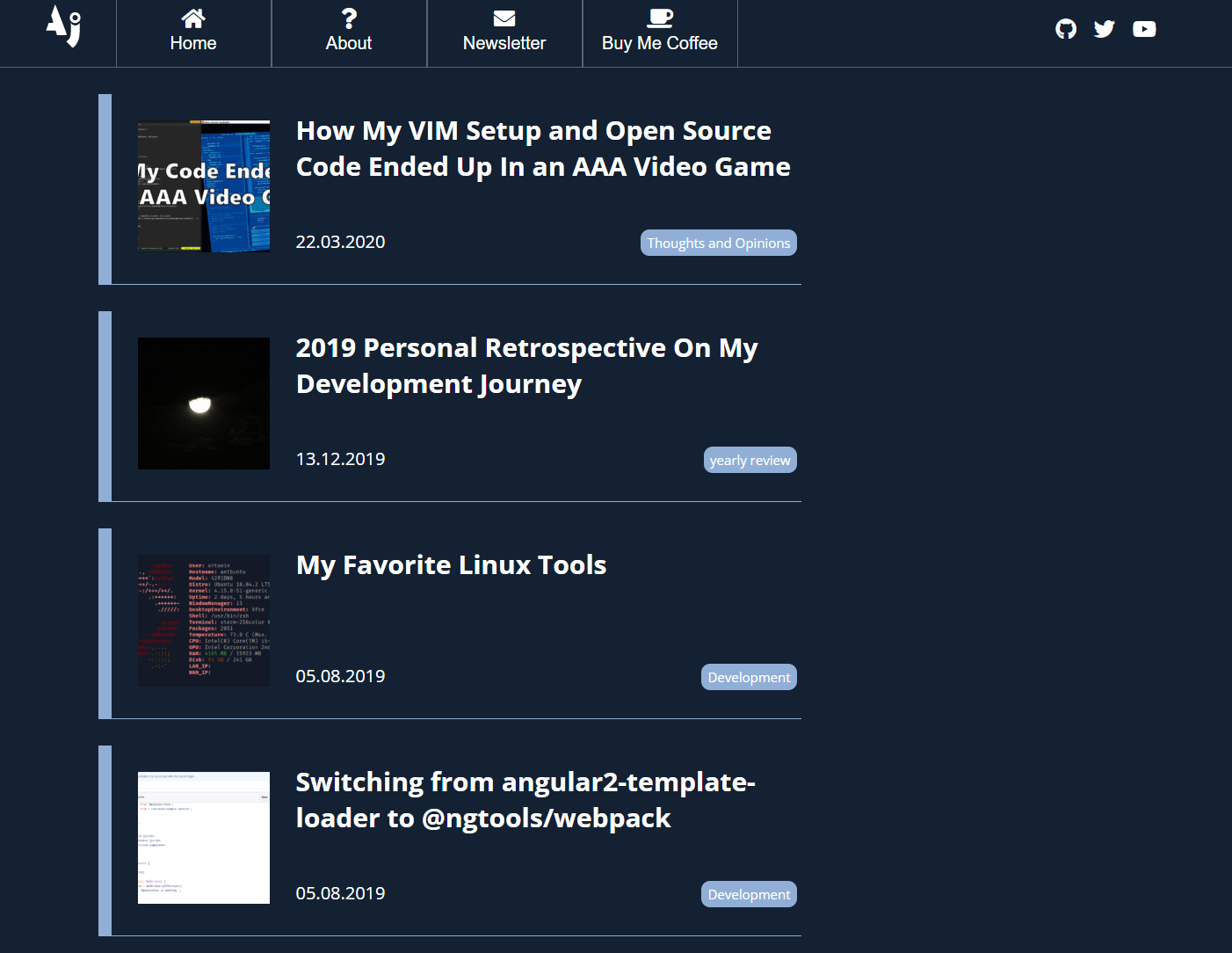 Where Did My Blog Go

Once upon a time, I started writing a blog. That was about twelve years ago from today, back in 2009. Back then, I was just getting into programming.

Over the years, I wrote a wealth of articles that got shared far and wide, even landing as a reference in a JavaScript book. I also redesigned and rebuilt my blog so many times I lost count.

I thought it was time to start over. The prospect of porting all of my articles to a new platform was daunting and kept me from doing it for a while. I ended up creating multiple little sideblogs -- some on AnchorCMS, some on Kirby, and the latest ones in Gatsby.

I tried to port my WordPress blog over with Hugo with some success but never got far enough to launch it. Same thing with Gatsby. Their import tools are great but I was sitting on 10+ years of blog posts, some written to support old syntax highlighting libraries, others were missing featured images because that wasn't a thing back when I wrote them.

I also just had so much legacy stuff that it felt overwhelming. I needed a clean start.

This blog is very different. If you've tried to visit one of my old links, you might have noticed that you'll either get redirected to dev.to or you'll find yourself looking at a page with a suggestion to check out archive.

I'm sure some people will be frustrated but I also wrote a lot and a lot of what I wrote is outdated -- in terms of technology, patterns, but also personal opinions. The hardest thing to let go were a 10 years of "looking back" retrospectives where outlined what I learned each year.

It was super helpful when I was younger but less so today. I still learn but I'm not as concerned about the pace and what exactly I spent time on which feels freeing. It also avoid me making a ton of hot takes just to get traffic.